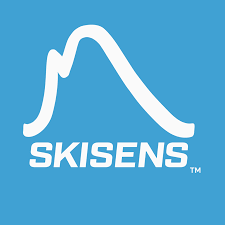 It's time for us to do what we have been doing and that time is everyday.
Still striding strongly!
https://anchor.fm/seder-skier/episodes/Ruka-Post-Race-SederSkier-Podcast-e1arkbk
https://www.vaildaily.com/sports/samantha-blair-is-vail-dailys-best-fall-season-athlete/
https://www.vaildaily.com/news/22-for-22-inside-the-us-cross-country-ski-teams-fall-training-camp/
Incredible moonlight ski on turquoise!
Posted on August 10, 2021August 12, 2021 by rsederquist

Delta Airlines looking to sue W.h.o. after marketing plot works against them

Known primarily as the airline for bargain-hunters, back-pack travelers, frugal Freds, penny-pinchers, Kaia Lunde, and hipsters, Frontier Airlines has seen a surge in sales reminiscent of Dogecoin a la March 2021. The reason? The new delta variant of Covid-19.

Delta Airlines, a company which actually ensures suitable travel comforts like a working seatbelt and room for your body on the chair … as well as a place for your luggage … has apparently suffered tremendously in the wake of an unfortunate marketing ploy, wherein the W.H.O.., the Russians, and of course, Donald Trump (most likely), apparently named the latest variant of Covid-19 “delta,” in an effort to take down the airline giant. Would be costumers are apparently taking their money elsewhere, even to Frontier, as trust in Delta irrationally wanes.

“This a prime example of authoritarian government at work,” said Rachel Wolinsky, head of the CDC, as she whipped her triple-mask back into place between bites of caviar at the French Laundry in downtown San Francisco. It’s unclear what she has to do with the story, but it seemed appropriate at the time to request a comment.

The delta variant has hurt sales for Delta Airlines, but it’s helped Frontier, who is looking to capitalize on the increase in profits. The board of directors, which consists of Dave Barry, a turtle, and a few other people from a Perkins in Dilworth, Minnesota, are discussing the possibility of providing additional comforts to patrons of their planes. “We’ve been thinking about adding a boarding time to tickets, just to ensure flyers know when to get on the plane, when we will be taking off, landing, that sort of thing,” said Dexter McGavin, the CEO of Frontier. “But we don’t want to get ahead of ourselves,” he said behind a layer of a strange, thick smoke, chuckling from a Zoom call in the basement of a college fraternity house in Portland, Oregon.

Representatives of “the Russians” did not respond to an email for this story, but Anthony Fauci did.

“Look, I’m not saying we should all mask up when we are on Delta airlines, but, if you ARE vaccinated, the science says that 99% of the time, masks SHOULD be worn by dogs, cats, and little children.”

When pressed to clarify if this meant inanimate objects such as rocks, bouquets of flowers, or even other masks should be masked, Fauci simply said, “Look, we need to get back to masking because it is going to save lives.”

After putting his own mask on mid-quote, he continued, “I am not saying or doing this or saying this for show: Frontier Airlines is a good airline company. They are safe. I would perhaps, possibly, think twice about flying Frontier, but I want people to know that if you ARE vaccinated…if you are VACCINATED….you can fly Frontier, but make sure you are wearing a mask, and your pets are, too.”

Frontier allows pets on board, as long as they pay a boarding fee of 75$ or 85% of the owner’s ticket, whichever is higher.

Inspired by the benefits of name recognition, Donald Trump recently filed for a new airline business, which he intends to call Amazon Prime Flights. “It will be the greatest airline in the world. Very fast. Very cheap. Very safe. No accidents. Always what you want. Come fly. Greatest ever.”

He denied any collusion on the naming of the Delta variant, and reportedly farted loudly after a longer than normal pause when asked if he would run for President in 2024.

Another person with no ties to the story whatsoever, but, whose opinion is cherished and respected by a select group of people, AOC, said she has actually never flown Frontier, an admission that shocked ones to tens of people. A verbose Instagram post of a duck-faced Cortez encouraged followers to tear down the oppression of bullying airlines. “Frontier should be providing FREE flights to all college students. This is a systemic problem. Frontier conditions ARE systemic suppression,” she yelled incoherently.